Suncoast Photography took individual photos on course and at the finish line. Look for your photos here. 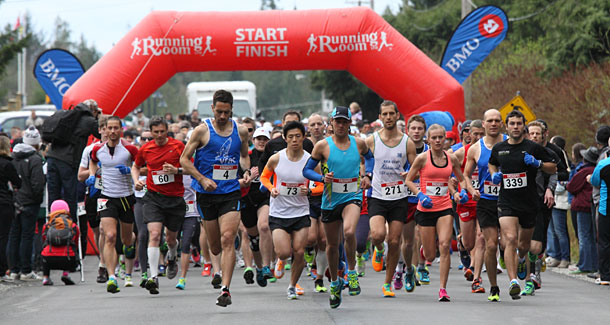 April 7, 2013, Gibsons BC — the 36th Sunshine Coast April Fool's Run presented by Coast Cable welcomed a near-record number of registrations and a dry calm day on Sunday. Lisa Brooking of Langley successfully defended her title, while a new men's champion was crowned as Nicholas Browne outran defending champion and team-mate David Palermo, both from Vancouver.

One hour after a 60+ strong group of walkers headed out onto the course from Park Road, the main group lined up at 9:30am — a new later start time designed to make the pre-race routine more relaxing for morning travellers, and avoid any potential problems with ferry delays. 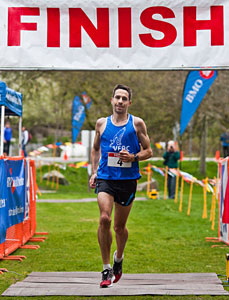 Palermo shot to the front of the pack right away, with Browne right on his heels. But by 1km Browne was starting to move ahead, as they passed IGA and headed down Pratt Road into the first 5km loop in Gibsons. “I knew I was fit but I also knew David had the on-course experience, and I worried that he was pacing better than I was for the tougher second half of the race,” said Browne. His lead increased to about 20 seconds by the 5k mark. At 15k he checked behind, couldn't see Palermo, and turned his focus to beating his personal best time from 2011. This he did handily, crossing the line in 1:10:34 to win $300 and a framed print by Gibsons artist Sa Boothroyd. “This is a 22 second best time for me and a great confidence booster for the BMO Vancouver Marathon at the start of May,” said Browne.

Despite excellent preparation and keen anticipation of this race, Palermo was having a rough day, feeling every bit of the slight headwind that came up in the middle of the course. "At the Marlene Road hill I still thought I could try to catch [Browne]" said Palermo. "But I soon realized it wasn't going to happen today. It was just one of those days, it was really tough out there for me." His second place clocking was a 'disappointing' 1:12:28, still over 3 minutes ahead of third place Carl Reilly of Vancouver.

The top three masters 40+ finished in 8th, 9th and 10th place overall. Leading the way in 1:19:13 was Vancouver's Noah Wallace who was very happy to win $150 for his efforts. Less than a minute behind was Larry Lorette of Coquitlam, followed by North Vancouver's Dave Stephens in 1:21:06. “Because of scheduling this is the first year I have had the opportunity of running this race,” said Stephens. “I'm glad I was able to make it over and experience the hospitality of the Sunshine Coast.” 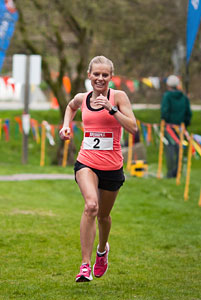 Right behind the top masters was Langley's Lisa Brooking in a class of her own, cruising to victory and 11th place overall with an improved time of 1:21:18, 38 seconds faster than last year. “I went into the race with an open mind,” said Brooking. “I had been fighting off a right knee injury and wasn't sure where my fitness was at. With the head wind, I was definitely not expecting to PB from last year's time.” Brooking also took home $300 and a framed Sa Boothroyd print. “The spectators and volunteers were fantastic! It was great having the positive support and cheering!” she added.

Brooking was 3 minutes ahead of her nearest challenger, Alexandra Lea of Vancouver, who had a close race with VFAC team-mate Helen Ritchie. “I tried to keep up to [Ritchie], but as soon as I had caught up, she found another gear and pressed ahead,” said Lea. “I fell back, and decided to try to keep her in sight.” The two women were back and forth throughout the race, with Ritchie ahead most of the time. Finally, just past Roberts Creek provincial park, Lea “found her trail runner legs” and was able to open a bit of a gap down the big hill. Ritchie, who was the 3rd place master in 2012, hung on to finish only 23 seconds behind Lea — and take third place and the top female master's award.

Vancouver's Mary Walsh made it two for two as second masters woman again this year, finishing just under the 90 minute mark. Third masters' prize money was claimed by Vancouver's Juliette Christie (F50-54 division), in her first half marathon since 1988 — recording a solid 1:32:21.

Top local male finisher was Chatelech Secondary running team member Jordan Wilson, who is coached by co-director Larry Nightingale. A last minute sign up, Wilson clocked 1:31:04 for his first-ever half marathon. Roberts Creek's Tanya Camposano, who always volunteers for race day registration then jumps in the race herself, was first local woman in 1:36:55. Wilson and Camposano each received a pair of Brooks shoes and will have their names added to the George Matthews Memorial Trophy, in honour of the co-founder of the race.

The Club/Team challenge was won again by the Vancouver Falcons in the men's division, with Lions Gate Road Runners taking the mixed team title for the second year, and "Lauff With Me" from Langley taking the women's team prize. 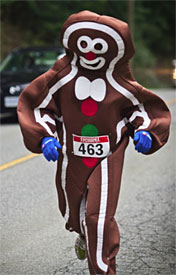 First overall relay team in 1:23:57 was “Barry and Steve”, a 2-person team from Vancouver, more than 7 minutes ahead of the next relay. The 4-person division was led by the “Dynamite D's”, an RCMP team from Sechelt.

The costume division was closely contested, with a rainbow clown, a group of Brazilian Brides, and a Gingerbread Man — going head to head for audience appreciation. The Gingerbread Man (Tilman von der Linde, who ran 1:43:20) won the applause-o-meter by a slight margin and was presented with a voucher for a night's stay at Up The Creek B&B in Roberts Creek. Honourable mention goes to Pat Gordon of Powell River who returned to run in his iconic jester costume but wasn't on stage during the voting.

Winner of the Grand Prize Draw for a weekend getaway at Painted Boat Resort Spa & Marina was local entrant Godfrey Walton of Sechelt. The package includes a two night stay and dinner for two at Painted Boat; two round trip tickets with Harbour Air/Westcoast Air; a three-day car rental from Prime, and two entries into another Sunshine Coast Athletics event. 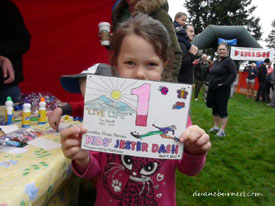 The second annual Sunshine Care Network Kids' Jester Dash presented by Pastimes, for kids 7 & under, was even more popular than last year, filling up before event day at 40 entrants. Hosted by Sunshine Coast Nannies, the children coloured and decorated their own bib numbers, then raced around the park and into the finish line to receive a toy from Pastimes, BMO bear coin bank, a stuffy, and a “Live Life” water bottle from Mary Kenny in honour of her late son, mountain climber Thomas Bennett. Entry to the Jester Dash was free. Based on the demand this year, next year's entry limit will be increased to 50 children.

Donations to the Sunshine Coast Food Bank were accepted during registration and package pickup, with $370 in cash and a large box of food generously provided by participants. In addition, several boxes of leftover fresh food were collected by food bank volunteers at the conclusion of the event, after runners and volunteers enjoyed a feast of soup & scones from Ty's Bistro, burritos from Today's Entree, coffee, tea & cookies from Wheatberries, and fruit, yogourt and bagels from MarketPlace IGA.

A large box of ladies' shoes and some handbags were donated for the Ruby Slipper Fund, which raises money for local palliative care programs. Their annual auction evening was the night before the race, so this year's Fool's Run donations will kick off the collection for the 2014 auction evening.

Full results, photos and videos can be viewed at www.foolsrun.com/results.htm. A 30 minute video show produced by Coast TV will be aired starting later this month. 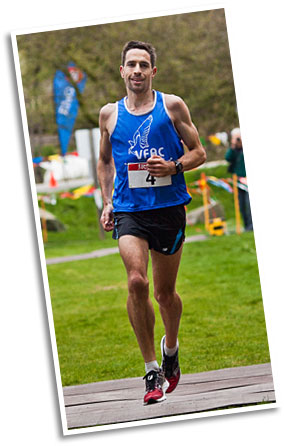 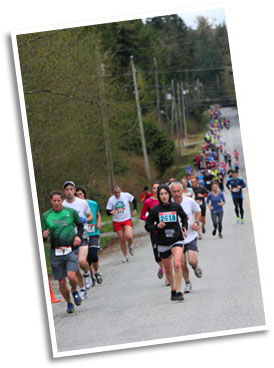